Why to Choose React Native for Mobile App Development 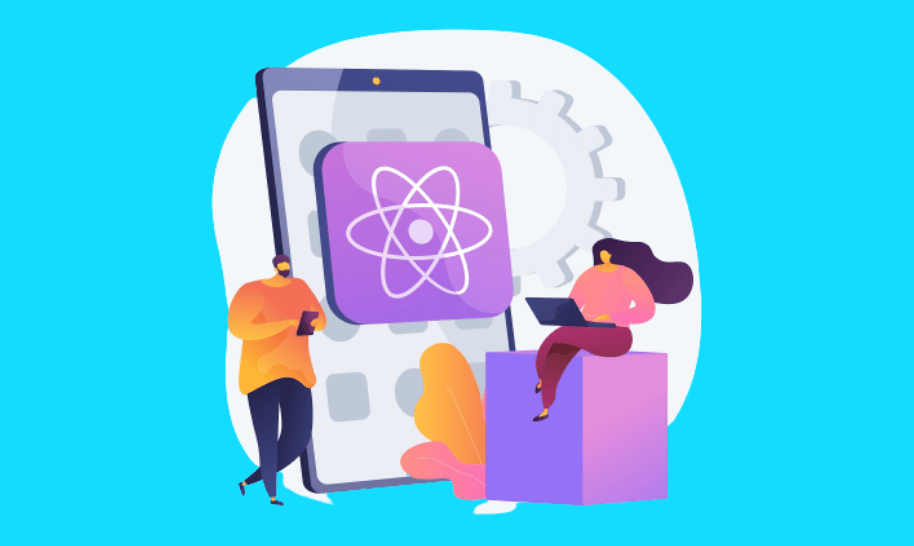 With about 60% of the global population actively accessing the Internet, people need modern ways to connect, communicate, and shop.

Mobile applications have come to light in the past few years, acting as an ideal medium for people to shop online and connect. Many business owners are transforming their routine practices to be able to cater to modern society, and we don't see a reason why they should not?

They have the perfect opportunity to reach out to more people than ever before, that'll help them reach more potential customers.

With the rapid increase in the use of smartphones, a mobile application can get your business to reach hundreds, thousands, and millions of new users.

All that is left for you to do is to create a convincing application and receive the rewards of your efforts and change the way you reach out to your customers by using just a tap.

Regardless of whether you're setting up a go-to strategy to market your product or building a model to impress your investors, making a versatile application can be pretty tricky. But it can be simplified if you use some effective tools in the process. Nowadays, creating a mobile app using React Native framework is popular.

What is React Native?

It was introduced by Facebook in 2015 and is now one of the most renowned and versatile mobile application development frameworks with the finest and enormous developers community. It is also gaining popularity at a good height with the demand for mobile application development due to its capability to lend native-like properties to an app. With the same codebase, apps for iOS and Android can be created using React Native.

In this article, we will look into a few of the many reasons why choose React Native for mobile app development? 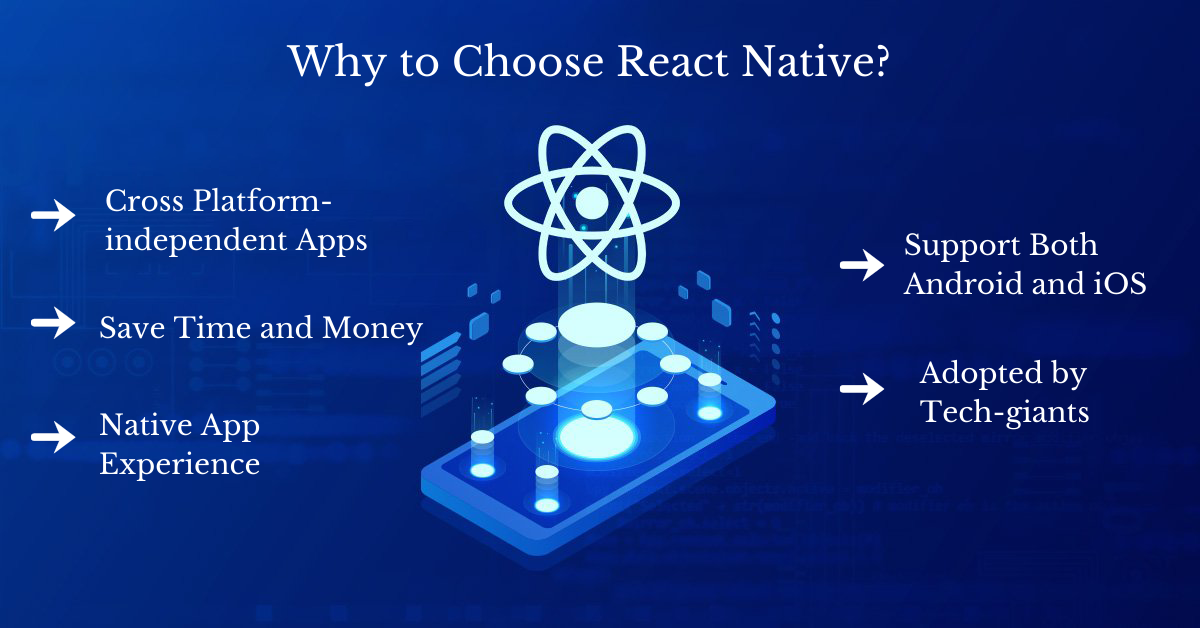 The first and the most common reason that has contributed to the growth of React Native is its ability to use a single platform to develop platform-independent apps, which ensure that the user has the perfect experience on various platforms. Any developer would agree that it is tedious to manage both Android and iOS apps because they were written in contrasting languages and use separate frameworks.

React Native app development enables you to use the same code to develop iOS and Android apps. This makes the process easier as you only require a Javascript developer to work with, and the process of app development becomes faster, easier, and better.

As React Native is a growing community, there are no chances of getting stuck. There are numerous applicable elements you can use to develop a mobile application. The best part is that you do not need to spend hours working on it from scratch, as React Native has a huge online support group that can help you resolve issues while creating a React Native app.

With no need to use numerous lines of code in React Native development, it is not common to find a bug that bothers you quickly, which ensures it takes a minimum time of your day to build a minimum viable product, also known as the MVP.

It is not always common to have a massive flow of capital when you're just starting with your business, and it can be one of the essential factors you consider.

In order to effectively compete and sustain in the market, the one mantra that can be opted is to develop faster and last longer, and no doubt React Native for mobile app development can save not only your time but also money and effort.

Must Read: Have an app idea? Follow these Steps to Develop a Feature-Rich Mobile App

Let's understand the mechanism behind this advantage. When you hire two different developers for Android and iOS app development, you end up spending more, and instead, you can get apps for both platforms by hiring a good React Native developer.

Unlike Phonegap or Ionic, React Native has native UI components. It responds to coexistence quicker and is more systematic to work with. It also permits the app to use elements that are native to the design of your mobile. Using native UI components, you can build apps that function and look exactly like a native app.

Hence, to make it work like a native application and enhance the user experience, developers prefer React Native development nowadays. They can also make it easier for you by writing mixed codes of both native and cross-platform to improve your app and make it look and feel more 'native.'

Another huge advantage is that the base of both iOS and Android is programmed using the same code, which makes it easier to redraft the application without changing the whole framework to any desired extent.

This is the same as developing a similar app and distributing the same to the App Store and the Play Store. Creating a React Native app does not complicate the development process for your application and helps you save a lot of time without compromising the quality of the application.

React Native mobile app developer has been in the market for an extended period due to various reasons, including its efficiency, ease of use, and budget-friendly properties. It would not be wrong to believe that React Native is the new favorite of any developer.

With Facebook having its back and the ease of use of languages it provides, you now do not need to learn different complex languages and create complicated codes by spending hours on your computer and straining your eyes - you can use React Native for mobile app development.

Another reason is the support and promotion by Facebook on a colossal scale. By adding new features and improving the framework day by day, Facebook ensures that more and more developers switch to React Native development.

Prominent and renowned companies have already chosen React Native framework to create apps like Uber, SKYPE, Tesla, Pinterest, and Walmart, and this number keeps on growing each year at an excessive speed.

Lastly, No matter how many new developers have been added to the market worldwide, there has always been a tug of war between iOS and Android that can now be settled with revolutionary React Native app development.

Facebook has made the app development process more accessible and given the world a single platform that can cater to your needs and develop a multi-dimensional mobile app that can work at your fingertips and be your one-stop solution for app development.

No worries, if you are a start-up or a renowned flourished business, you can take your business to great heights by making a mobile application for your company, start-up, or enterprise. Always make sure to reach out to a reliable mobile app development company. At Closeloop, we create mobile applications to transform businesses, designed and developed by the industry's best experts. Leading in the React Native app development landscape, we serve you the best at affordable rates. Talk to us now.

Stay abreast of what’s trending in the world of software development with our well-researched and curated technology blogs. 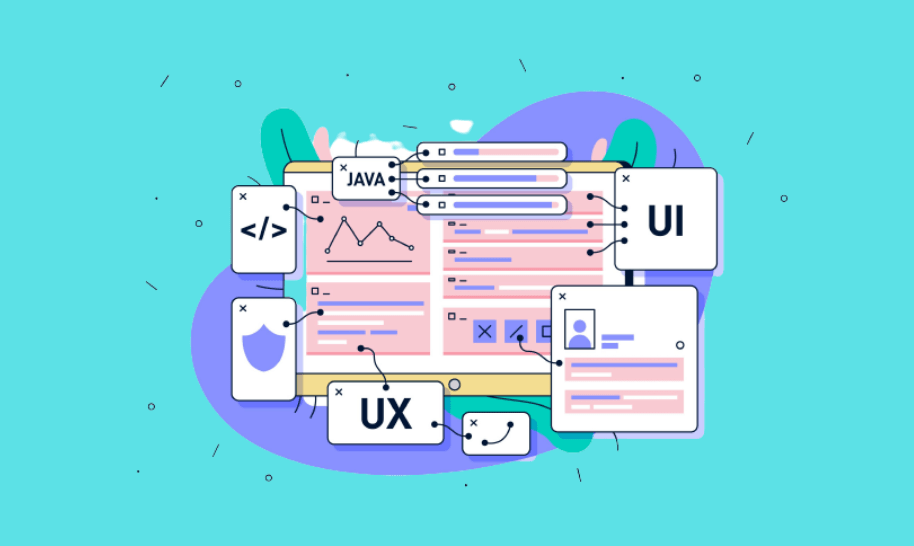 Technology is a wave: either sail the boat or sink out. The enterprises focused on automating b… 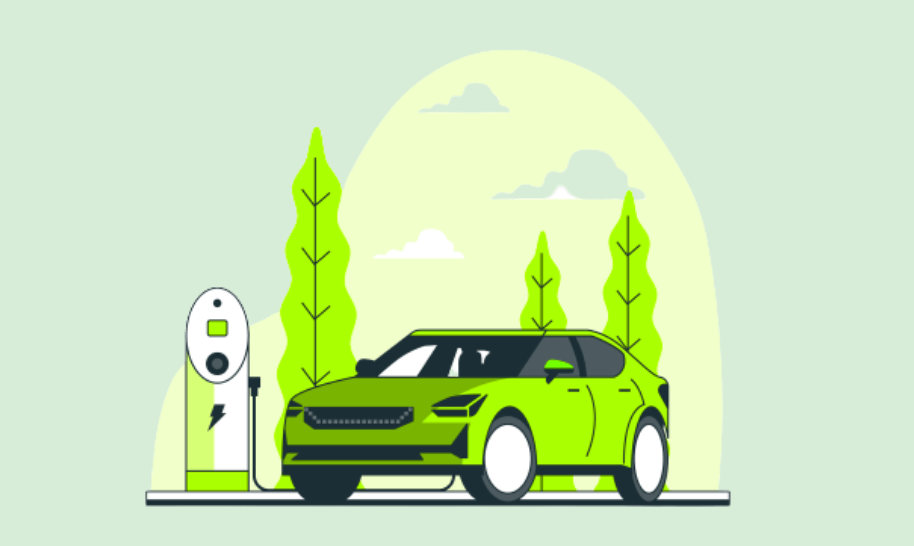 The Evolution of IoT in EV Charging Stations

The Internet of Things is another revolution in the technology world, leaving us wondering how … 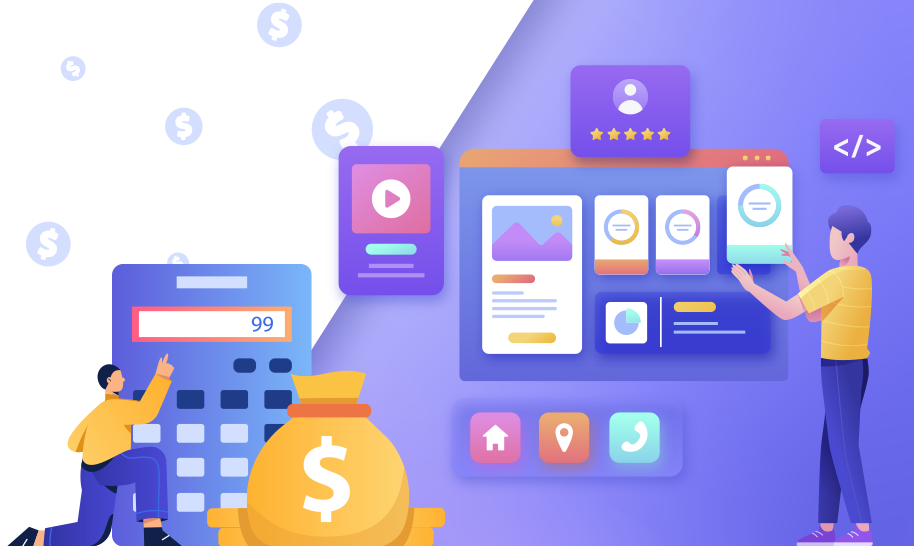 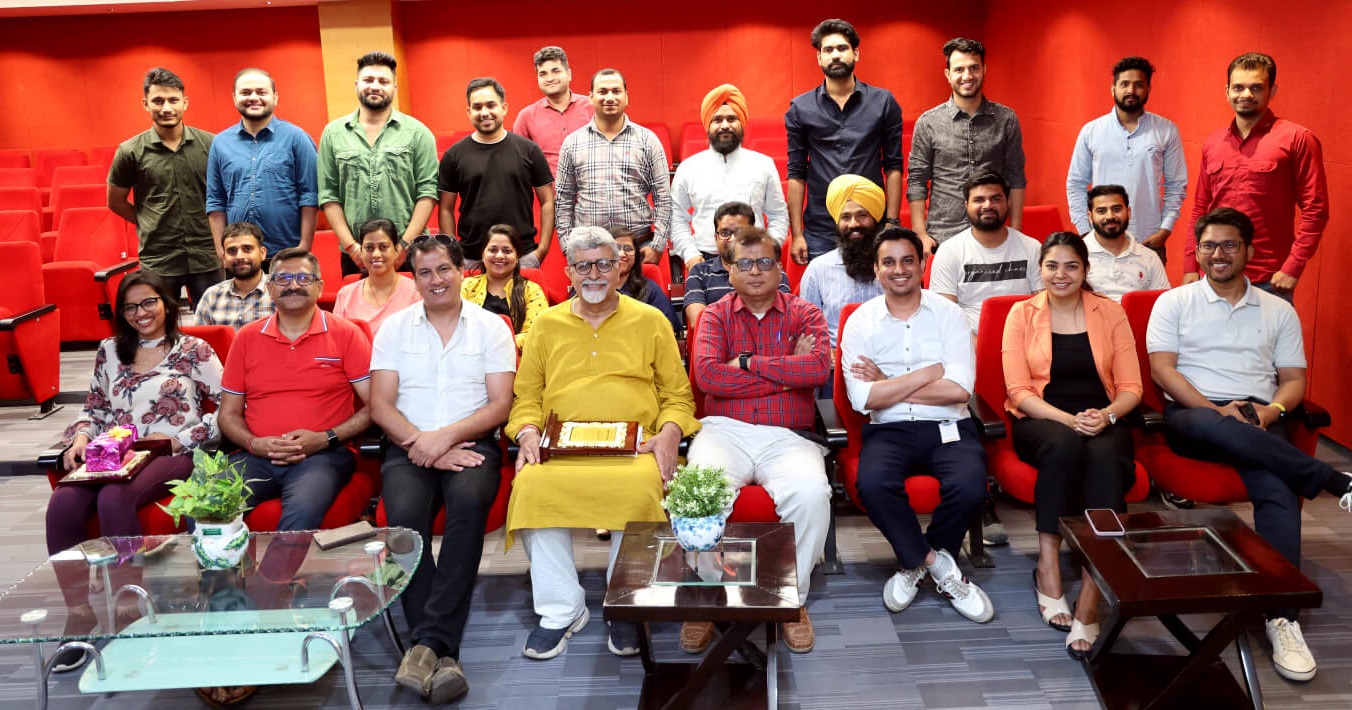 Professor Rana Nayar, a Ph.D. in English, a translator of poetry and short fiction from Punjabi… 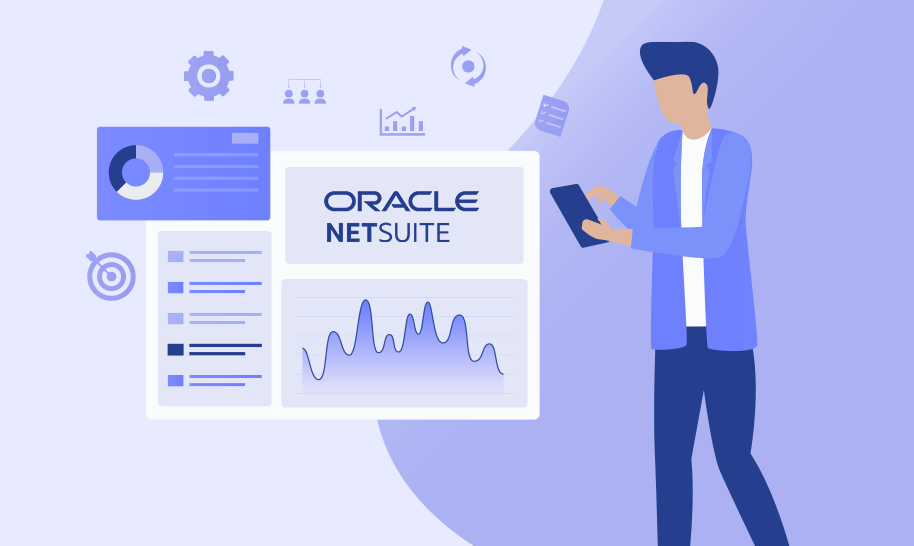 Enterprise Resource Planning (ERP) solutions are the lifeblood of a business organization. Nets… 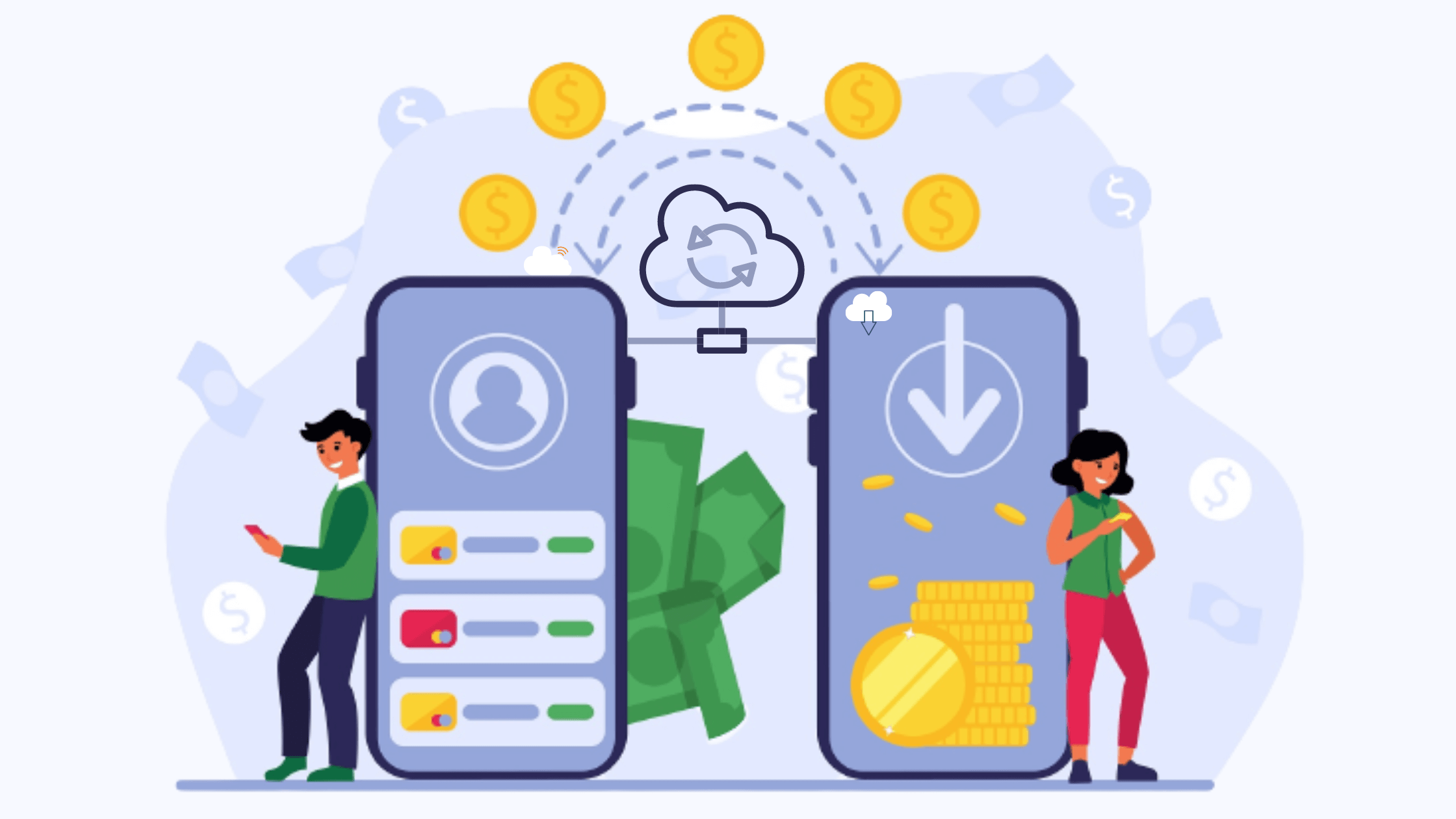 Financial technologies are taking the business world by storm. The changing perception regardin… 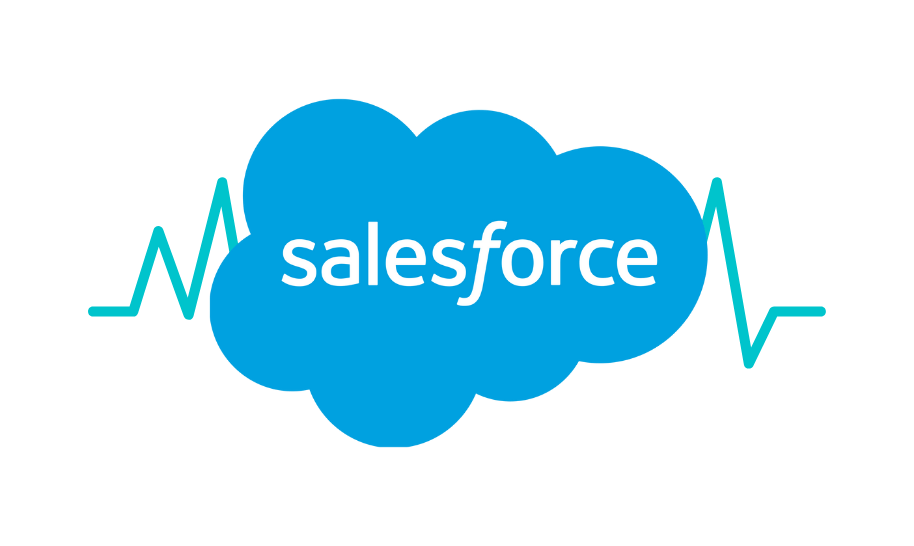 Salesforce - Leading Player in the Game of Healthcare Management

In the healthcare sector, a cyclone of technology is impacting thousands of lives today. From A… 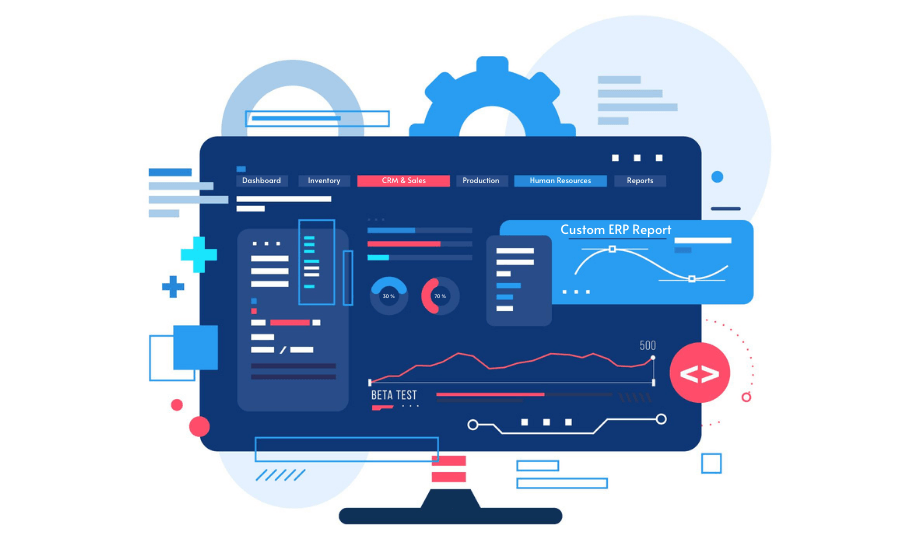 In the dynamic world of business applications, one fixed solution for the constantly changing e… 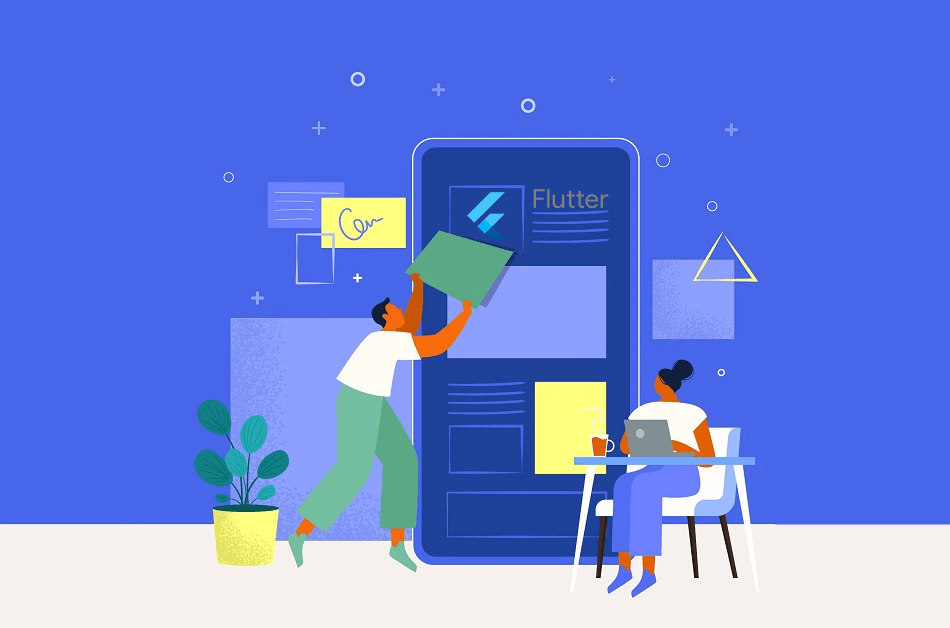 While mobile devices were increasing significantly, the demand for mobile app development servi… 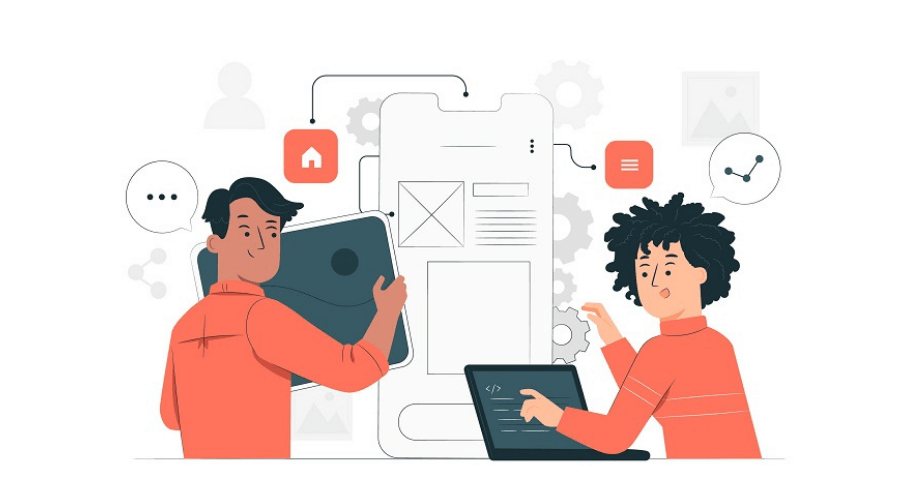 Whether big or small, businesses from different industries and start-up founders are taking cha… 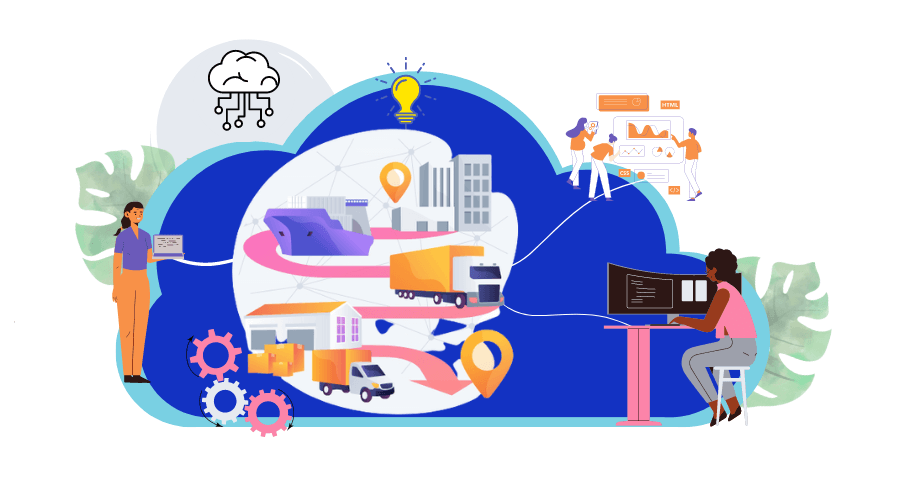 Role of Cloud Computing in Logistics in 2022 - Benefits & Limitations 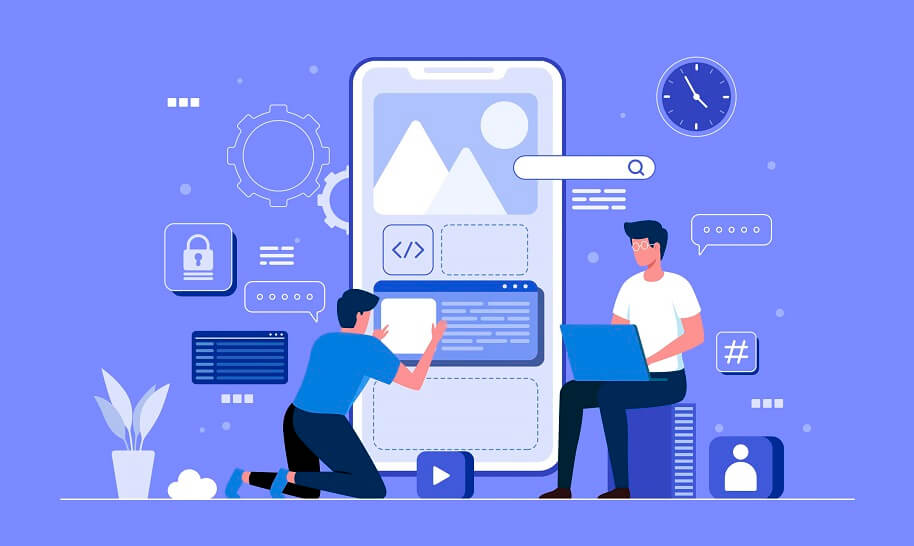 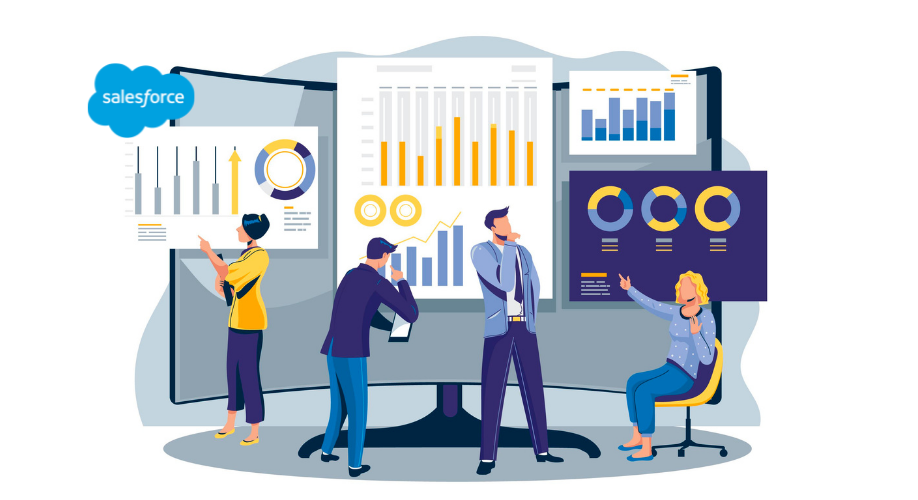 Is Salesforce CRM the Best Choice for Your Business? Pros & Cons

Customers are the most important part or lifeblood of a business. The way you onboard customers… 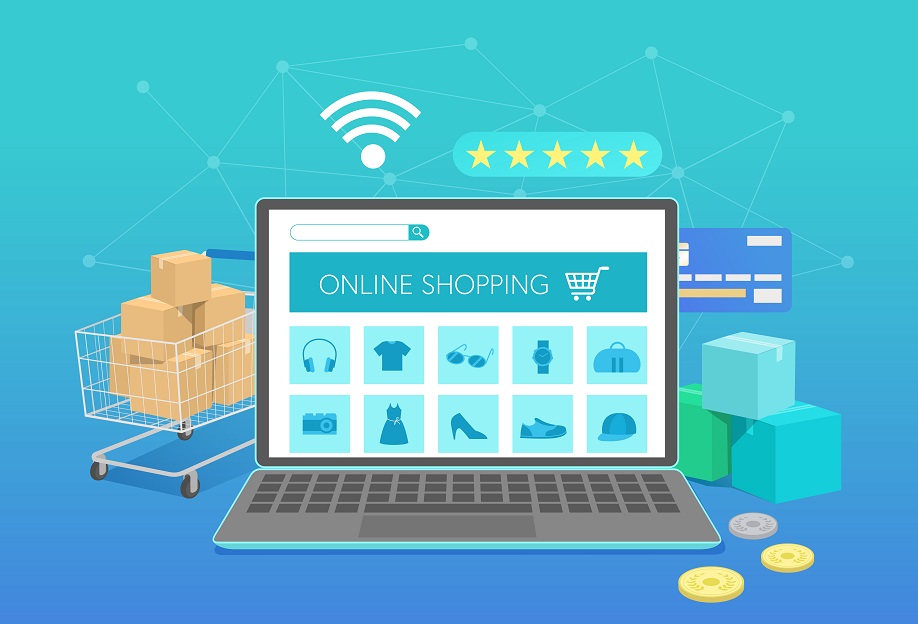 To start an eCommerce business that becomes successful, the first step is to develop an enticin… 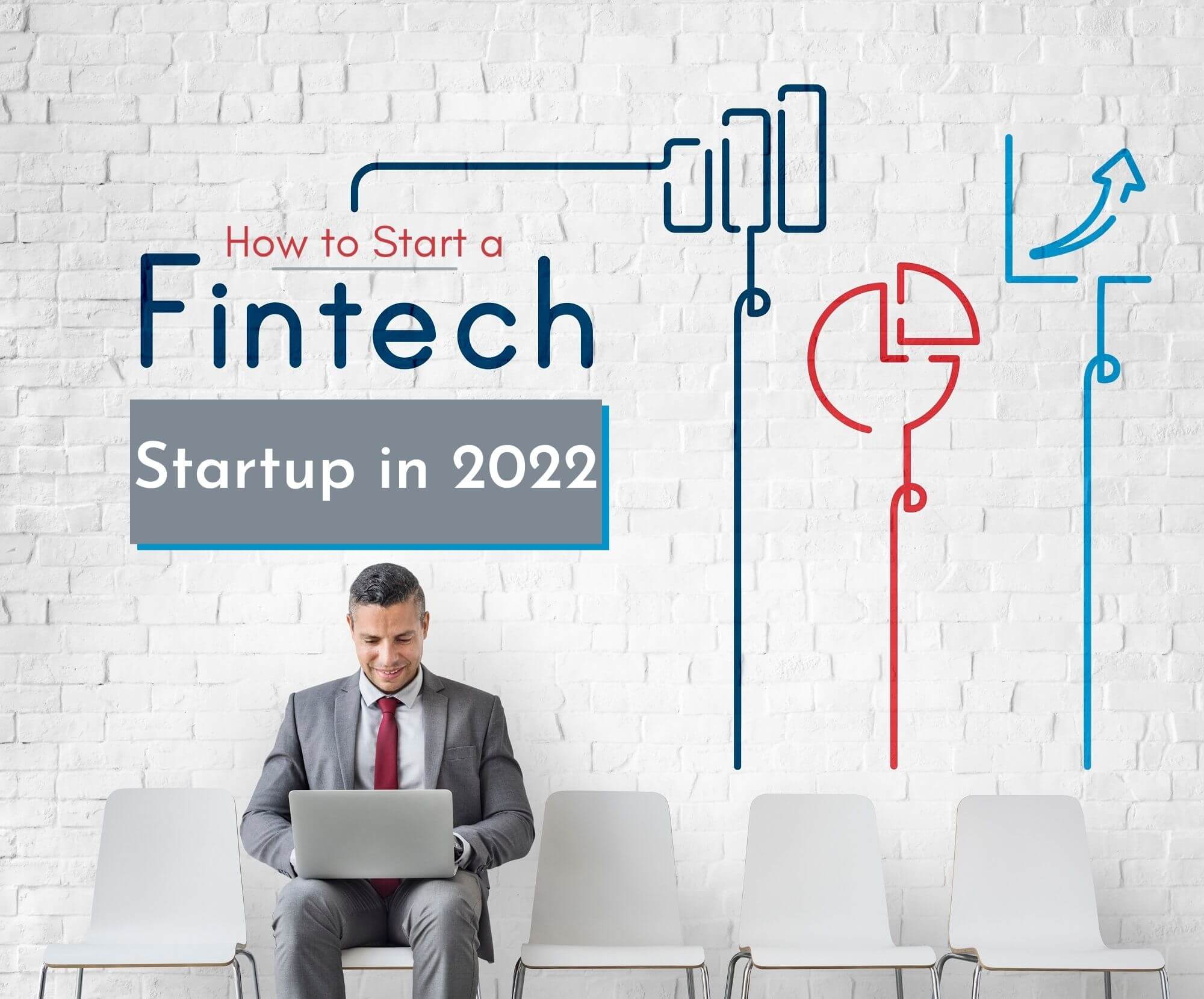 Ultimate Guide on How to Start a Fintech Startup in 2022

Fintech or financial technology has become one of the most popular ideas for startups today. In… 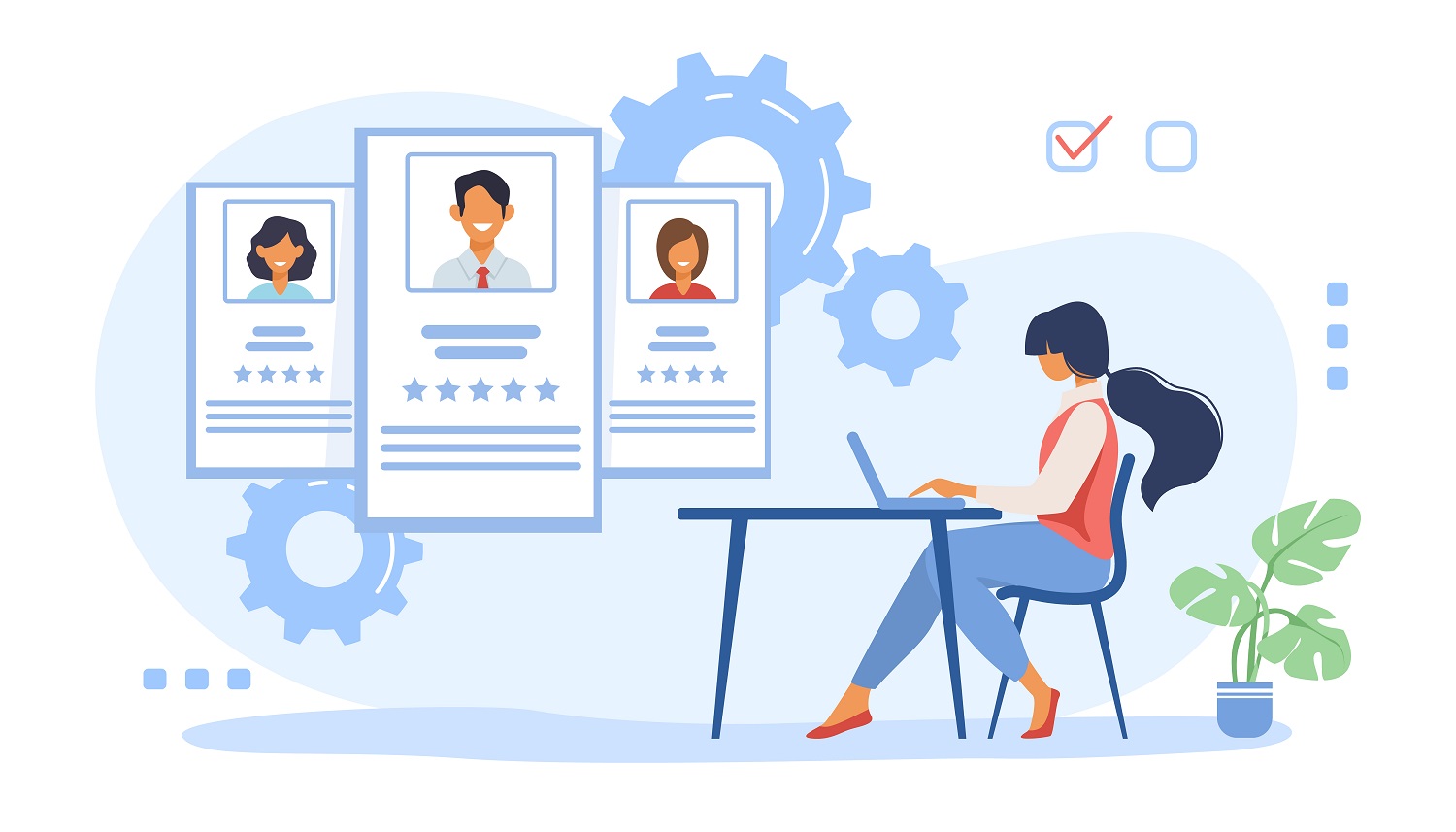 Is Your Recruiting Software Ready for the Future of Work? 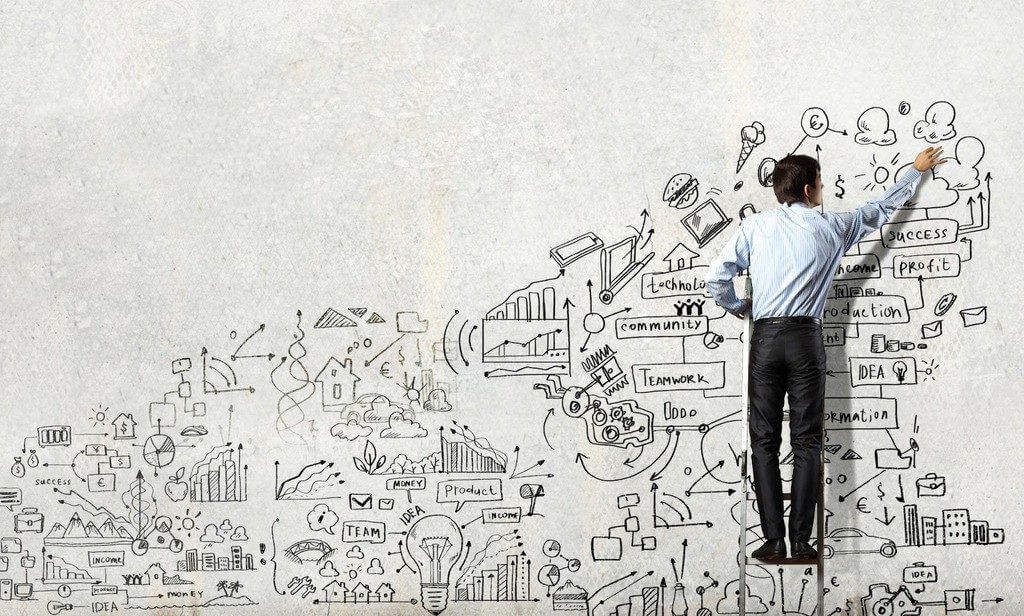 Are These 5 (Minimum) Roles On Your Engineering Team? They Should Be! 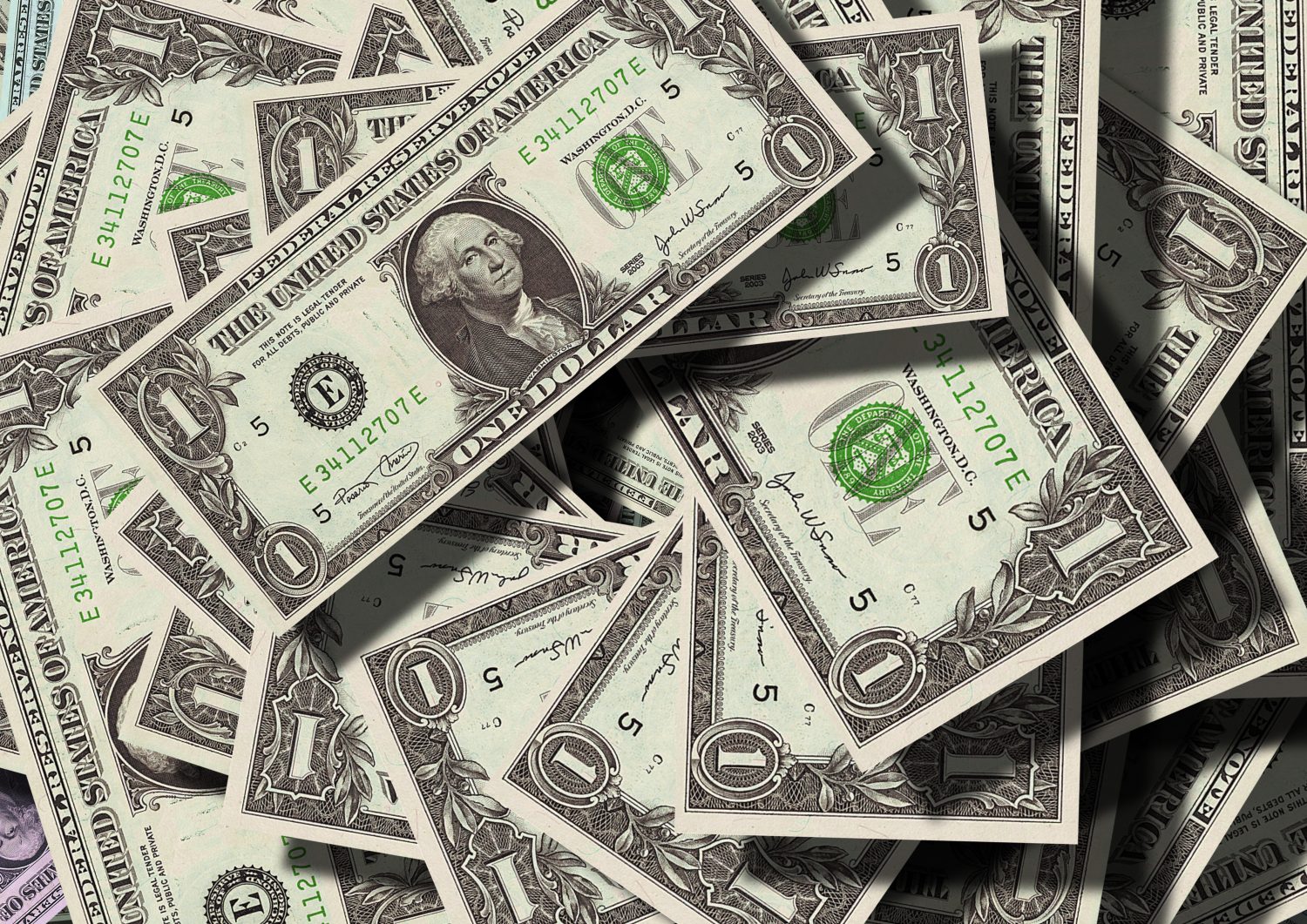 Being Cheaper is Not a Competitive Advantage

As someone who attends dozens of startup pitches a month, “our product is cheaper” is a phrase … 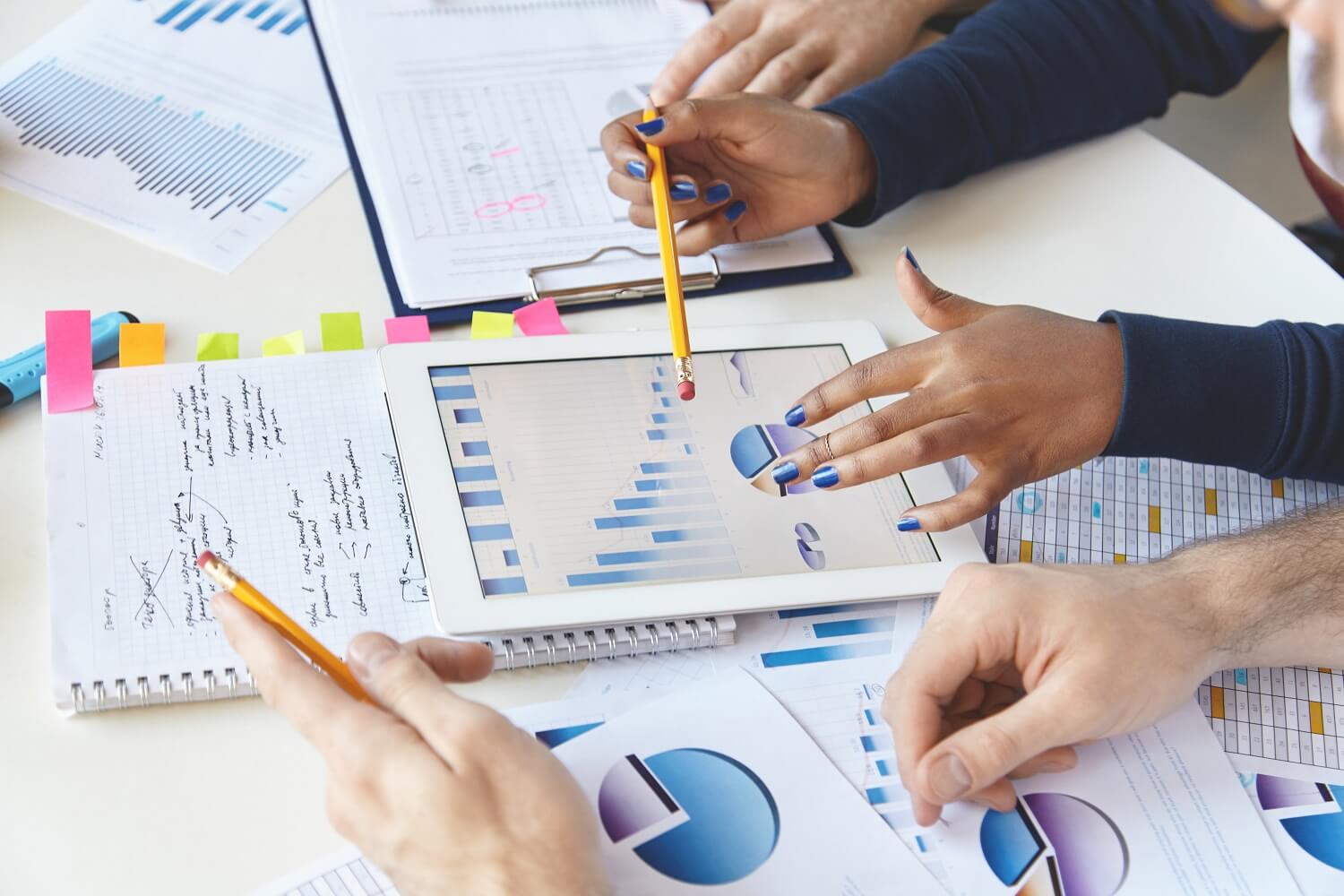 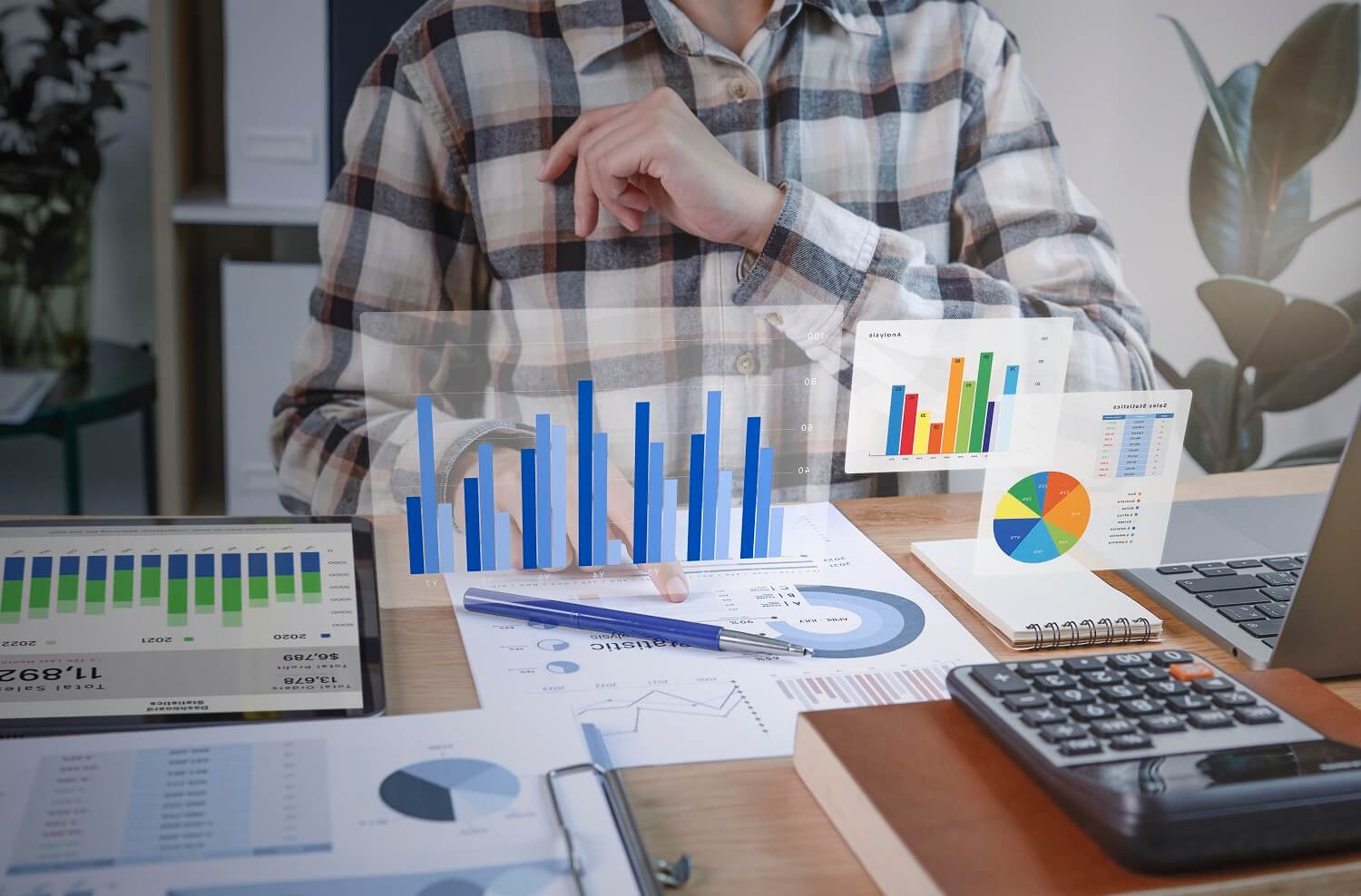 Control and Fear Aren't Your Company's Only Growth Problem 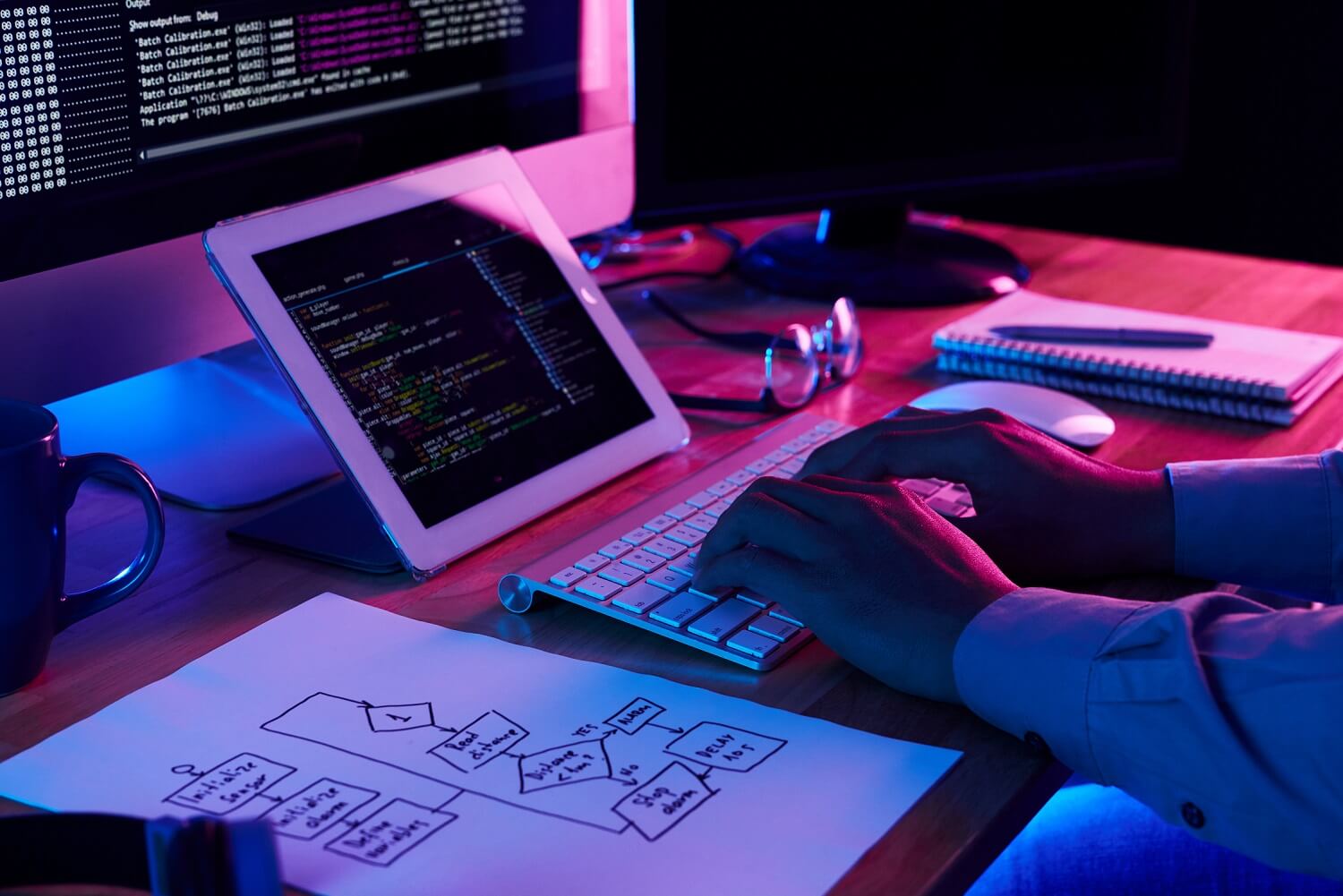 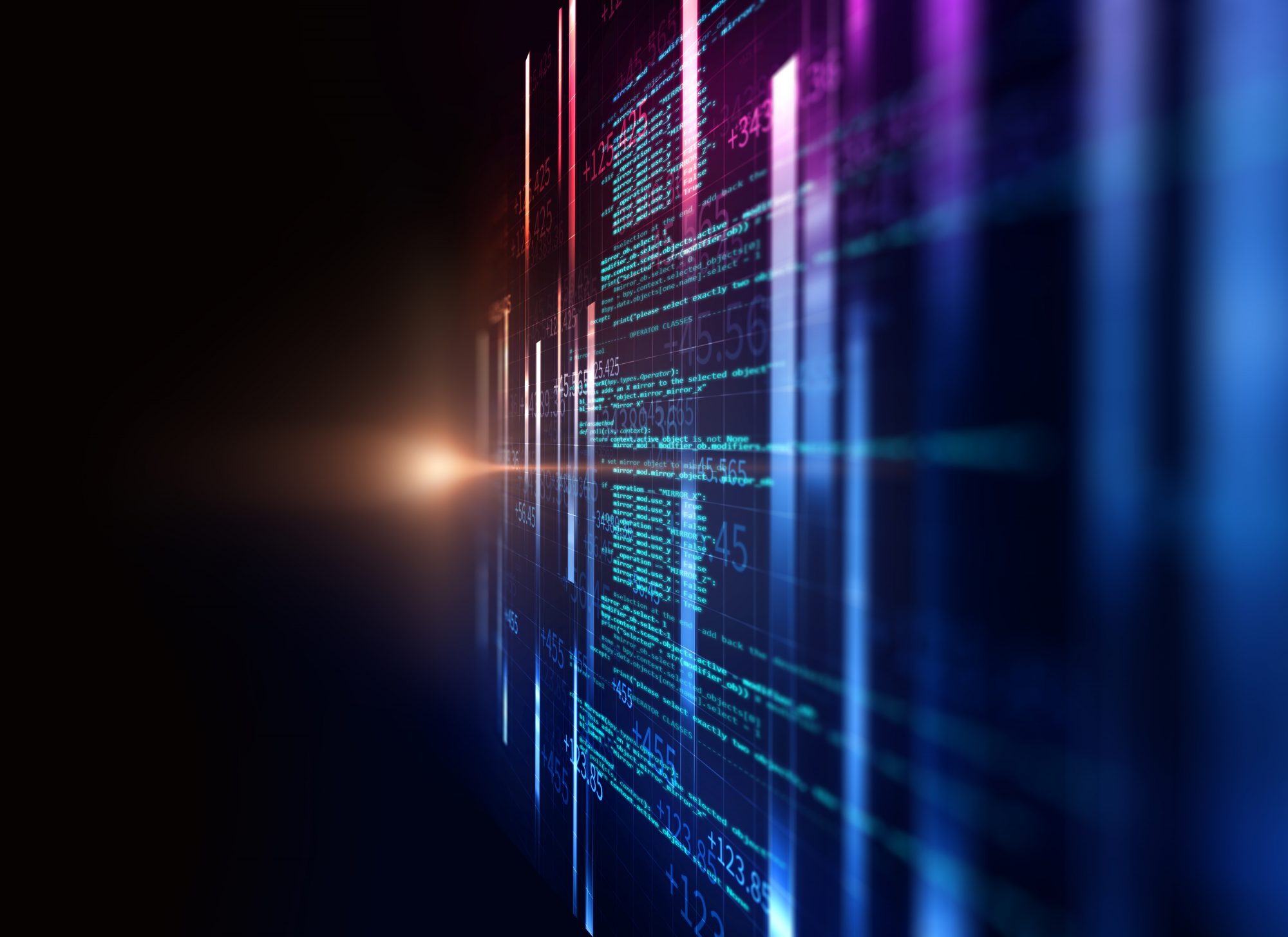 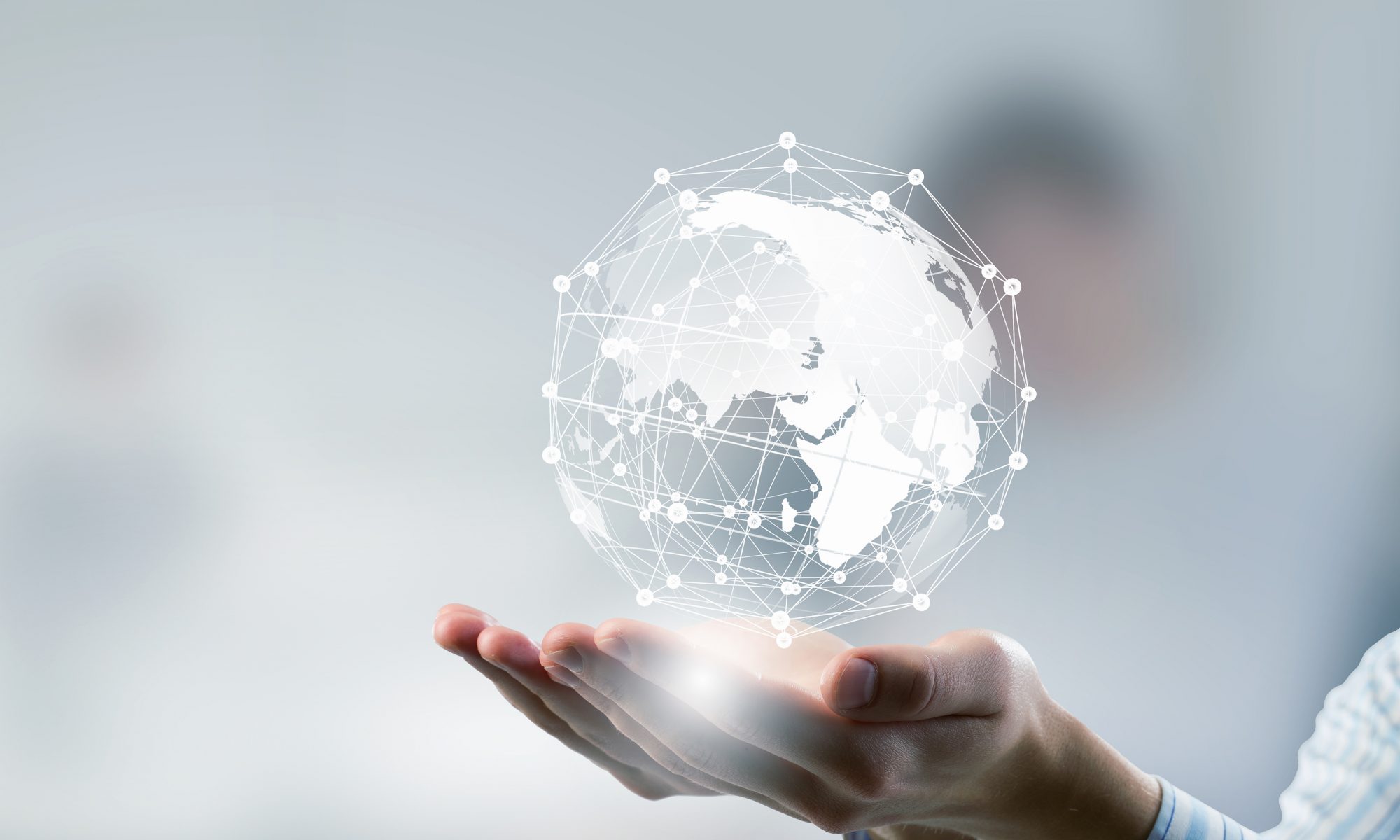 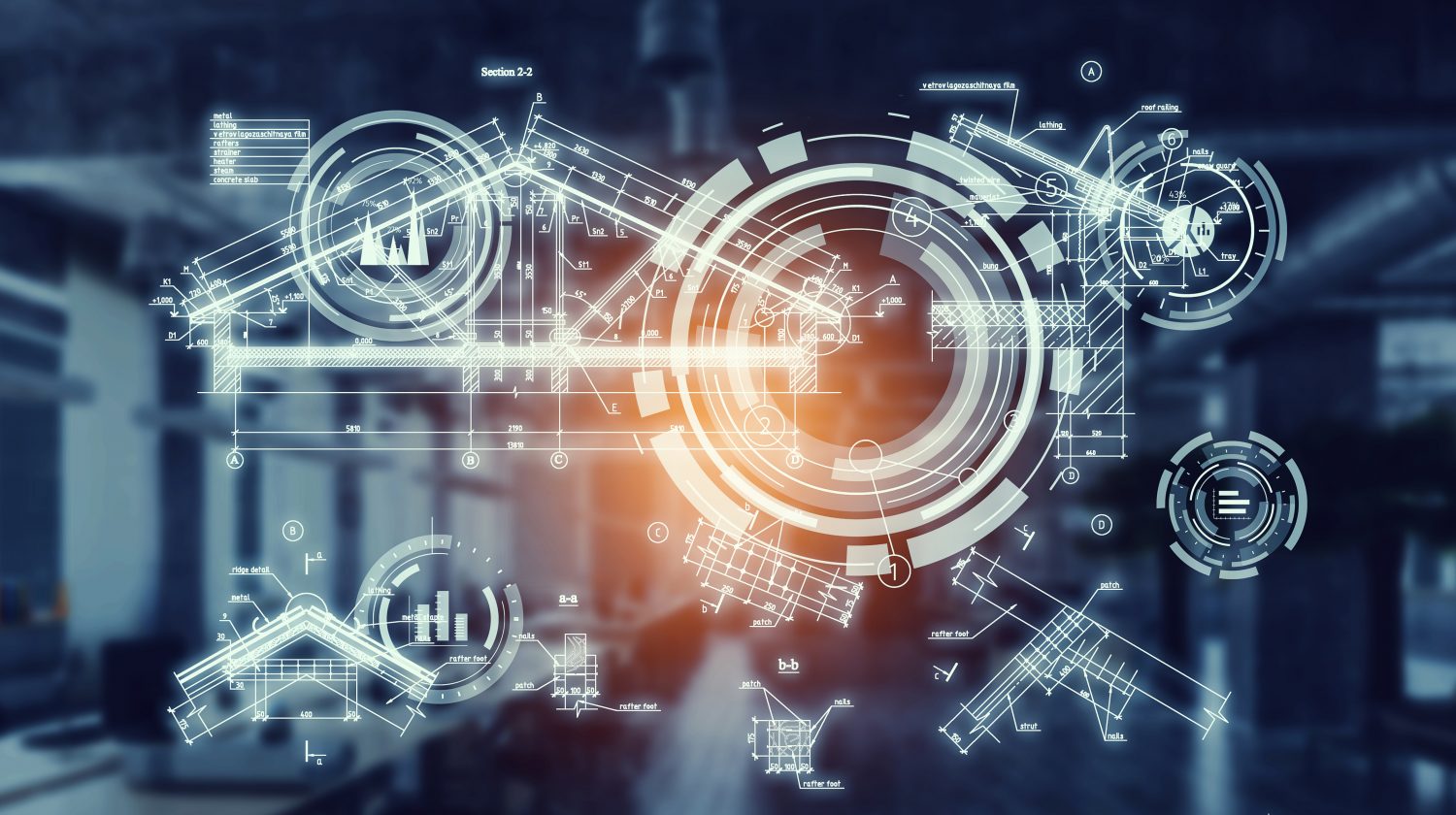 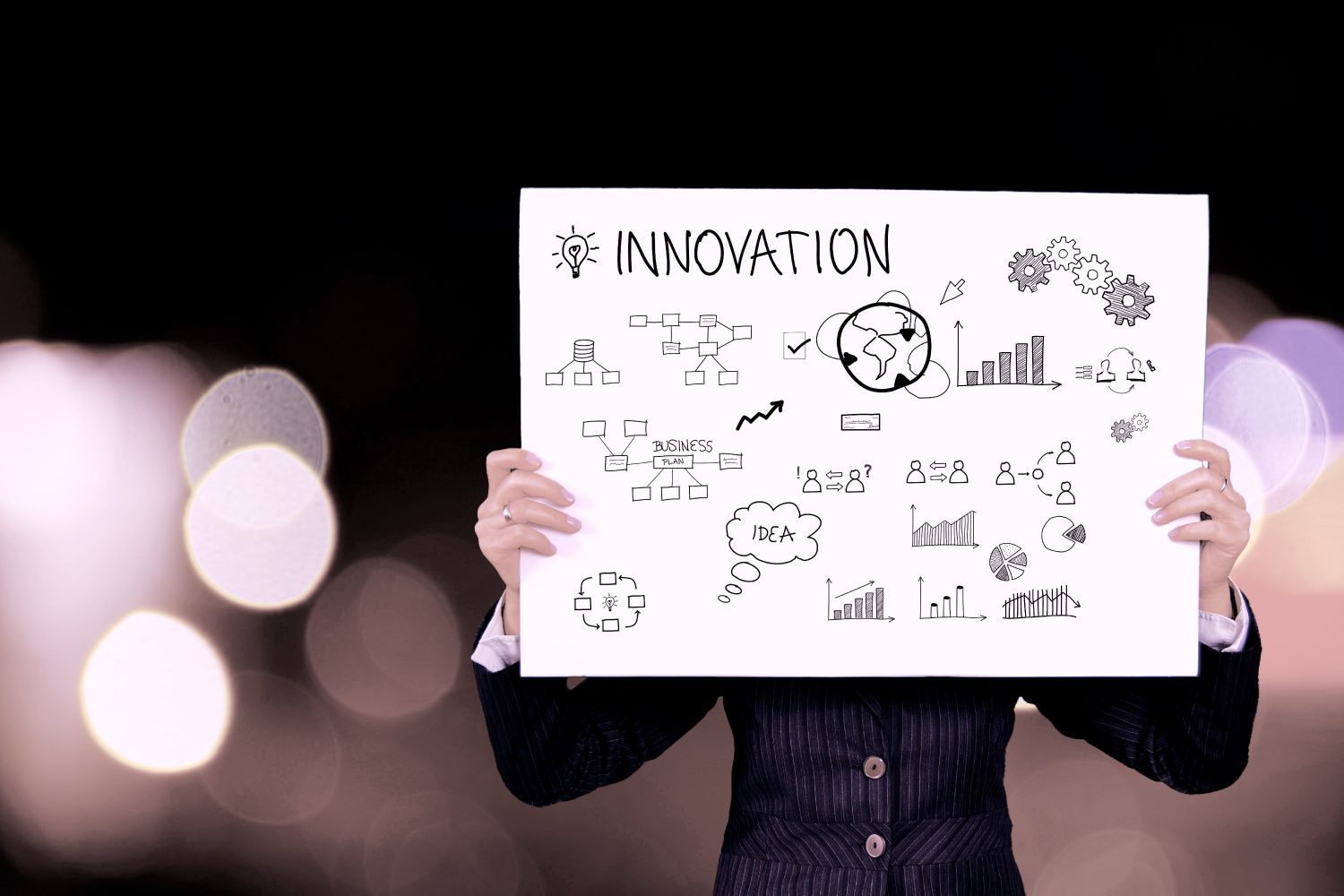 How Can MoviePass Be So Cheap? 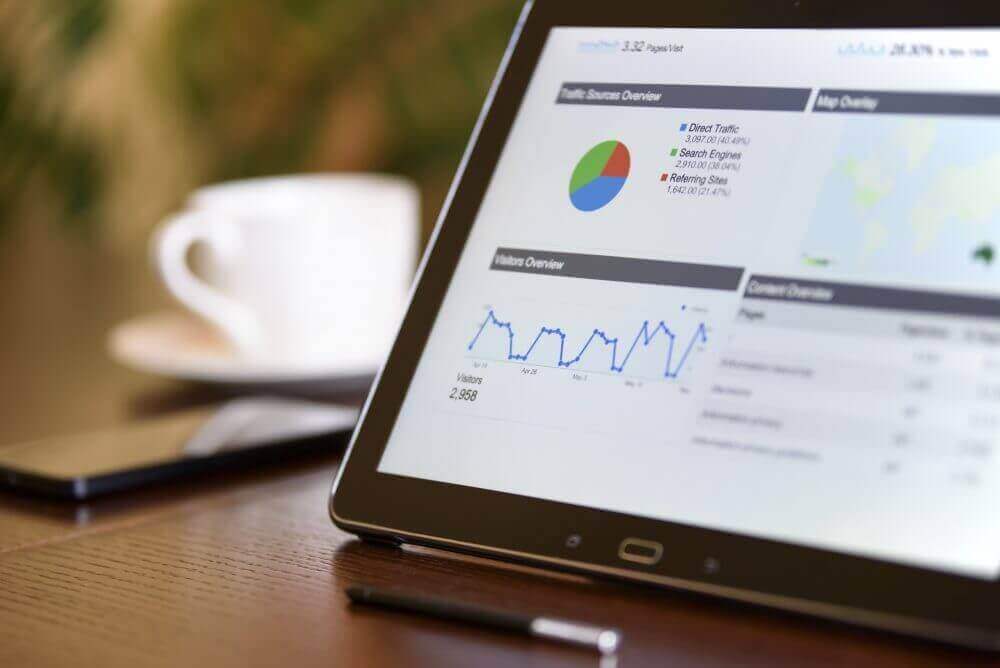 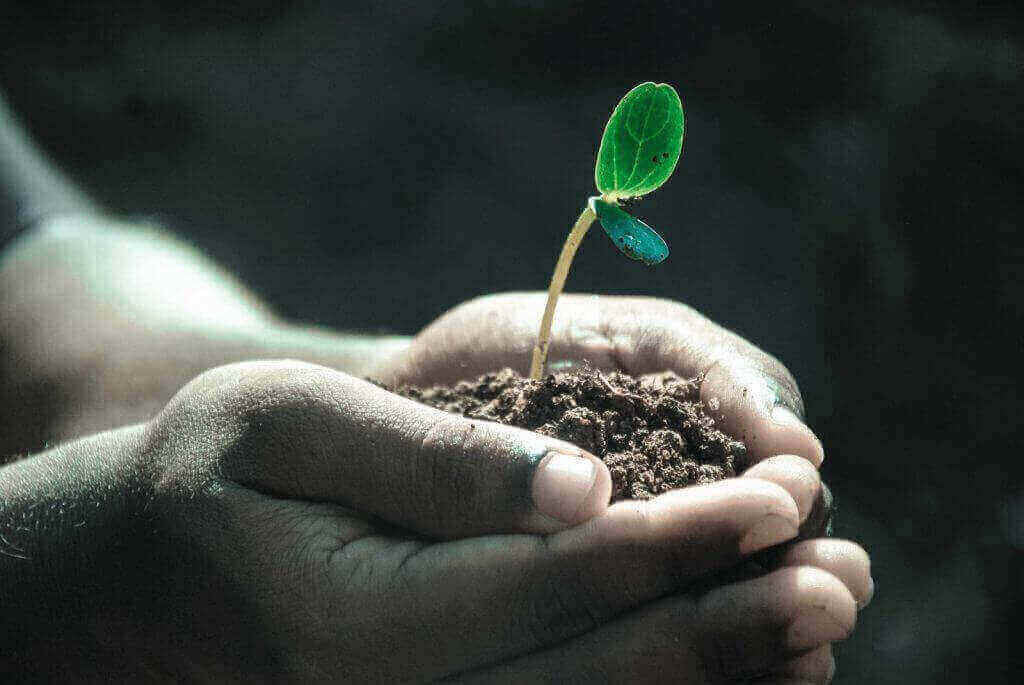 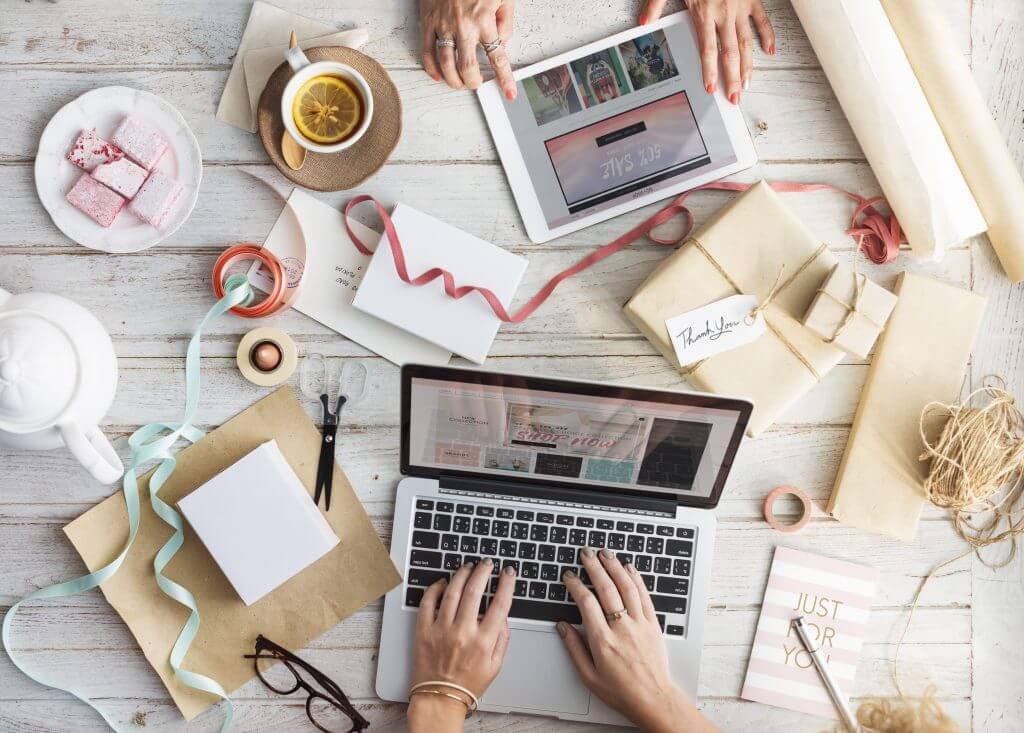 I love meeting people who launch startups. Their energy and ambition inspire me. One of my life…

Please enter your email to receive our latest blog in your mailbox.

What's on your mind?
Share it with our experts for professional guidance